The Use of Drug Hinders Creativity 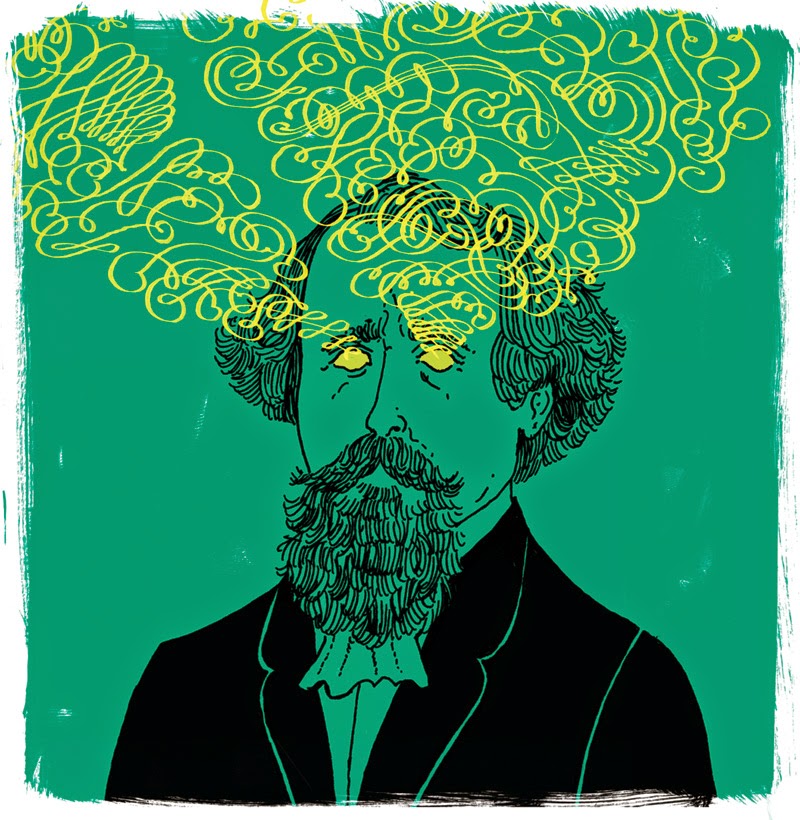 Although many people seem determined to resist this fact, it has long been acknowledged by those who have studied creativity. If liquor and other drugs have been such a boon to original thought, one researcher ask, why hasn’t the corner saloon (or the backstreet) produced more creative achievers? No one, as yet, has answered this question satisfactorily. Nor is anyone likely to. The reason drugs harm creativity, Brewster Ghiselin explains, is that “their action reduces judgment, and the activities they provoke are hallucinatory rather than illuminating.” What is needed, he argues, is not artificial stimulation of the mind, but increased control and direction.

The use of drugs and liquor as stimulants is sometimes part of a larger misconception that might be termed the bohemian mystique. This misconception is the notion that a dissipated lifestyle somehow casts off intellectual restraints and opens the mind to new ideas. Eliot Dole Hutchinson offers an assessment that most researchers would endorse:

“Narrow streets, shabby studios, undisciplined living and artistic ballyhoo about local colour may all have their place in pseudo artistry, but they have little to do with genuine creation. Nor is the necessary creative freedom clearly associated with them at all. Bohemianism squanders its freedom, returns from its hours of dissipation less effective. Creative discipline capitalizes its leisure, returns refreshed, reinvigorated, eager.”

Having control and direction increased creativity

Creativity Does Not Require Special Intellectual Talent or High IQ

The idea that highly creative people have some special intellectual ability lacking in the general population has been widely accepted for centuries. When the IQ test was devised, that idea was given new currency, and anyone who achieved less than a genius-level score (135 and above) was considered to have little or no chance for creative intellectual achievement.

However, when researchers began studying the lives of creative people and comparing IQ test performance with creativity test performance, they made two discoveries. They found that creativity depends not on the possession of special talents, but on the use of talents that virtually everyone has but most have never learned to use. In addition, they found that the IQ test was not designed to measure creativity, so a high score is no indication of creative ability, and a low score, no indication of its absence. In fact, they found that the great majority of creative achievers fell significantly below the genius level. 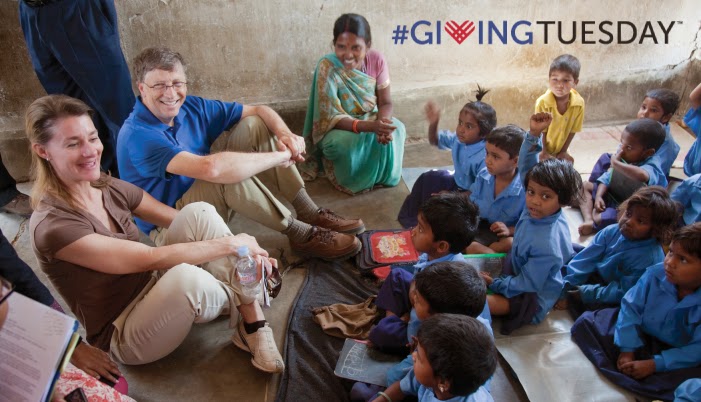 William Henry "Bill" Gates III or simply known as Bill Gates is an American business magnate, philanthropist, investor, computer programmer, and inventor. He founded the world's largest software business, Microsoft, with Paul Allen, and subsequently became one of the richest men in the world. For me, he is not only a creative genius (no doubt!) that has changed the world of digital we live today but also a man who is very generous with his money.

As his billions have grown, Bill Gates has become dedicated to using his money for good causes. Together with his wife, he founded the Bill and Melinda Gates Foundation, an organization that works to bring learning and health to all the people of the world. At present, the foundation has committed more than $300 million to global health; more than $300 million to education, bring computers and Internet access to less prosperous people throughout the United States and Canada; more than $54 million to community projects in the Pacific Northwest; and more than $29 million to special projects and other charity campaigns.

Gates explained, “Giving is a complex thing. You have to find things you really believe in and that are fun to give to. I take philanthropy very seriously and I am learning about it.” Bill and Melinda Gates hope the money they have earned through their work will help to improve the lives of others.

As the keynote speaker at the Forbes 400 Summit on Philanthropy 2012, Bill Gates end his speech this way: “…Melinda and I have the honour and the responsibility to return to society, in the best way we know how, the resources we have received. But you do not need to be the chair of a large foundation to have an impact on the world. Risk takers need backers. Good ideas need evangelists. Forgotten communities need advocates. And whether your chief resource is volunteer time or hard-earned dollars, for a relatively small investment catalytic philanthropy can make a big impact. For me it’s proven the best job in the world, as thrilling and humbling as anything I’ve ever done.”

Noble creative people like Bill Gates are very much needed in the world today.

'Doing Your Own Thing' is Not Necessary a Mark of Creativity 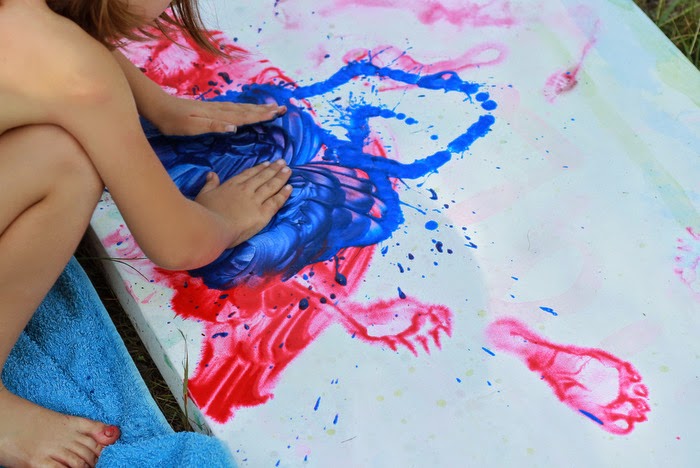 “For many people,” George F. Kneller, author of The Art and Science of Creativity (1965) observes, “being creative seems to imply nothing more than releasing impulses or relaxing tensions… Yet an uninhibited swivelling at the hips is hardly creative dancing, nor is hurling colours a canvas creative painting.” Creativity does involve a willingness to break away from established patterns and try new directions, but it does not mean being different for the sake of being different or as an exercise in self-indulgence. It is as much a mistake to ignore the accumulated knowledge of the past as it is to be limited by it. As Alfred North Whitehead warned, “Fools act on imagination without knowledge; pedants act on knowledge without imagination.” Being creative means combining knowledge and imagination.

Lord, Give Us Today Our Daily Idea(s)
Email ThisBlogThis!Share to TwitterShare to FacebookShare to Pinterest

Starbucks Experience and the Idea of Small Win

“Many great ideas start small at the beginning” (Richard Angelus)

When Howard Schultz founded what would become Starbucks, the baristas wore bow ties, nonstop opera music played, and the store had no chairs. “We made a lot of mistakes,” Schultz regularly acknowledges. Schultz and his team learned from them as they did countless other experiments. Drawing upon his observations of Italian coffee houses, Schultz’s grand vision was to create a different kind of coffee experience that he called the “Starbucks experience”: where people experience great coffee in a communal place. As for the specifics, the Starbucks store and experience of today looks almost nothing like Schultz’s original concept.

The Starbucks we know emerged by carefully adapting to customer feedback through a series of small wins. In fact, Schultz described Starbuck’s mentality as: “the value of dogmatism and flexibility.” As long as ideas were in accordance with company principles, Schultz believed they should just say yes to customer requests.

So, for example, Schultz was initially determined to avoid using non-fat milk since he didn’t think it tasted as good as regular milk and because it was at odds with the Italian coffee experience. When customers kept requesting non-fat drinks, Schultz relented. The success of those drinks became an important small win and soon much more: non-fat milk would grow to account for almost half of Starbucks’s lattes and cappuccinos. “In hindsight, the decision looks like a no-brainer,” Schultz wrote in Pour Your Heart Into It, but that direction wasn’t obvious; it was the fast pace of sales that proved the point.
[Reference: Little Bets: How Breakthrough Ideas Emerge from Small Discoveries by Peter Sims (Free Press, 2011), page 146-147] 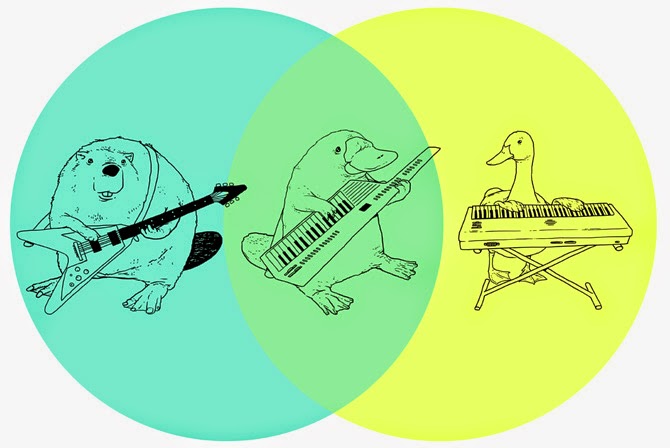 “There is only one way in which a person acquires a new idea:  by the combination or association of two or more ideas he already has into a new juxtaposition in such a manner as to discover a relationship among them of which he was not previously aware”
(Francis A. Cartier)

Sometimes, the best way to be and to nurture your creativity is to combine things not usually combined. For example, the miner’s cap (flashlight + protective hat), the wheelchair (chair + wheel), the radio clock (obvious!), the iPhone and all of smart phones (alarm clock + mobile phone + camera + video + voice recorder + video games + endless stuffs). These combinations result in invention. Perhaps the most common example of this kind of invention is the recipe. Every time a cook blends different ingredients to make a dish differently, he or she is inventing by combination. Last Christmas, me and my brother we fascinated by Gordon Ramsay's Ultimate Christmas TV series show. Chief Ramsay is a genius and for me personally he is the most creative chief in the world. He is good at combining ingredients and his recipes are superb and yummyly-creative!

Look for unusual combinations. Let me gives another example. Let says there is a problem (maybe it’s true) in the increasing cost of our prison system. The Prison Department of Malaysia might well consider combining prisons with factories. The idea is, having convicts work for private industry behind bars and the money that they earned collectively can be used to cover the cost and to maintain prison’s facilities (or the government can help the convicts to start a fresh by allowing them to reimburse their wages once they are free. Maybe a bad idea, but this is just an idea though). Combine the unusual. In chemistry class, I learned that water, H2O, is the combination of two hydrogen atoms and one atom of oxygen. In my art class, I learned that blue plus yellow will creates green colour. In my geography class, I learned that my country Malaysia is the combinations of peninsular Malaysia, Sabah and Sarawak.

“Where do good new ideas come from?” asked Nicholas Negroponte. “That’s simple – from differences. Creativity come from unlikely juxtapositions.” Arthur Koestler agreed. He wrote in his book The Act of Creation: “the thesis that creative originality does not mean creating or originating a system of ideas out of nothing but rather out of a combination of well-established patterns of thought – by a process of cross-fertilization.” He further explains, “The creative act… uncovers, selects, reshuffles, combines, synthesizes already existing facts, ideas, faculties, skills.”

Look for unusual combinations
Lord, Give Us Today Our Daily Idea(s)
Email ThisBlogThis!Share to TwitterShare to FacebookShare to Pinterest 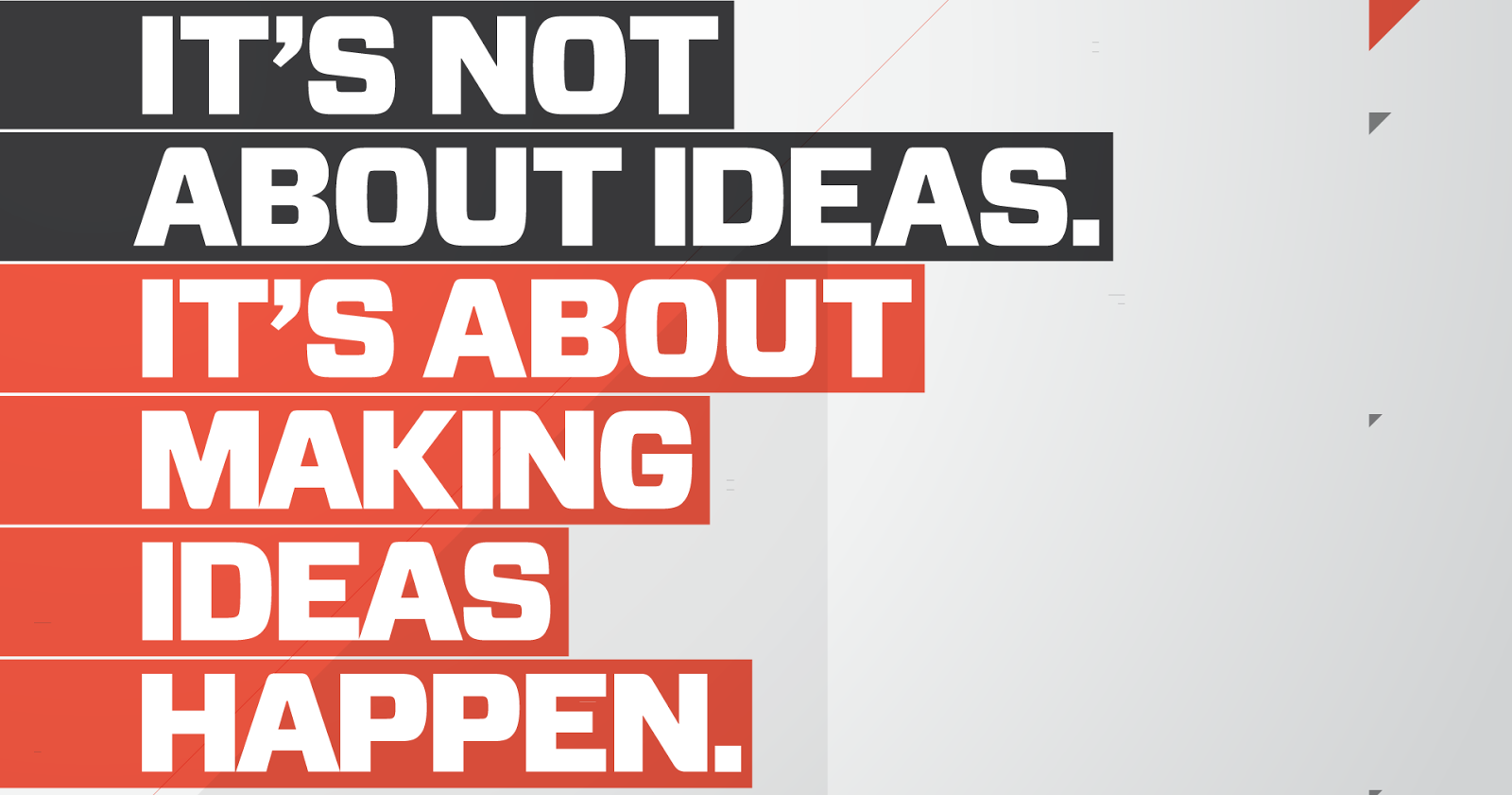 Creative types have a problem. We have so many great ideas, but most of them, well, never see the light of day. I wonder, "Why do most ideas never happen?" The reason, as this book suggests, is that our own creative habits get in the way. For example, "our tendency to generate new ideas often gets in the way of executing the ones we have." I recommend reading this book Making Ideas Happen by Scott Belsky. I enjoyed and underline many good points in this book. Weekend is great! Oh, I have to go… and make my idea(s) happen.

Lord, Give Us Today Our Daily Idea(s) 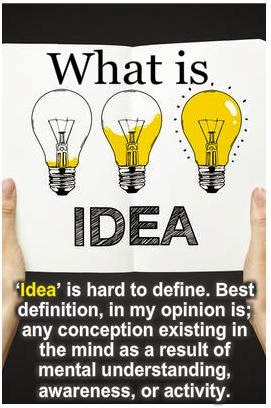 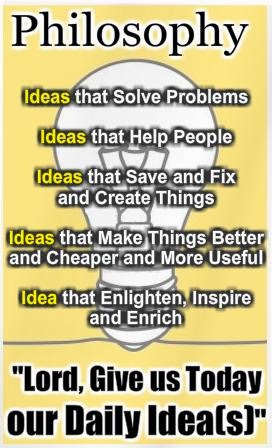 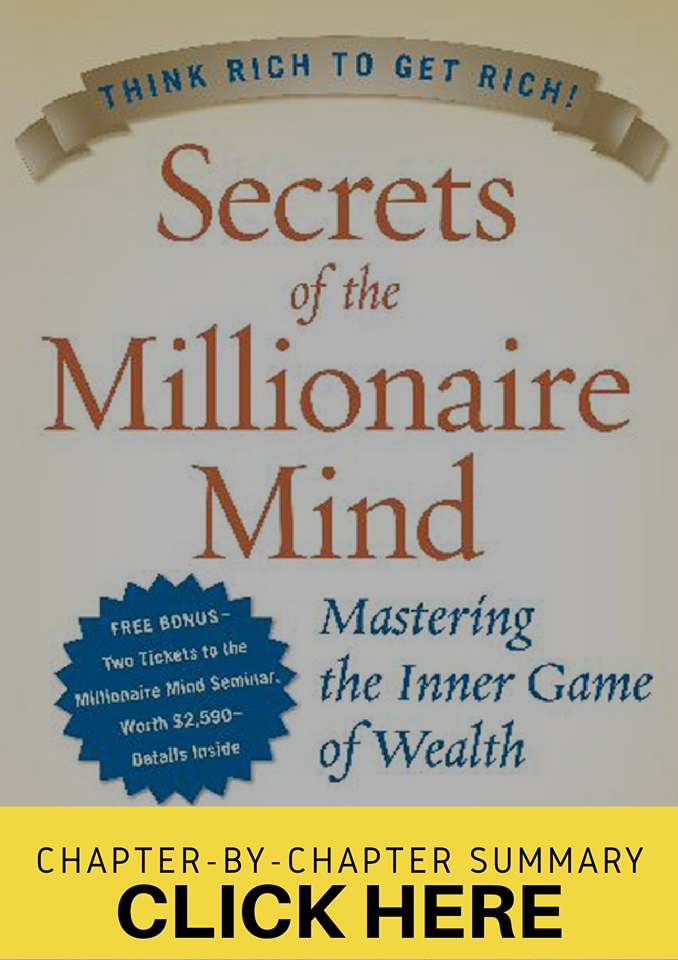 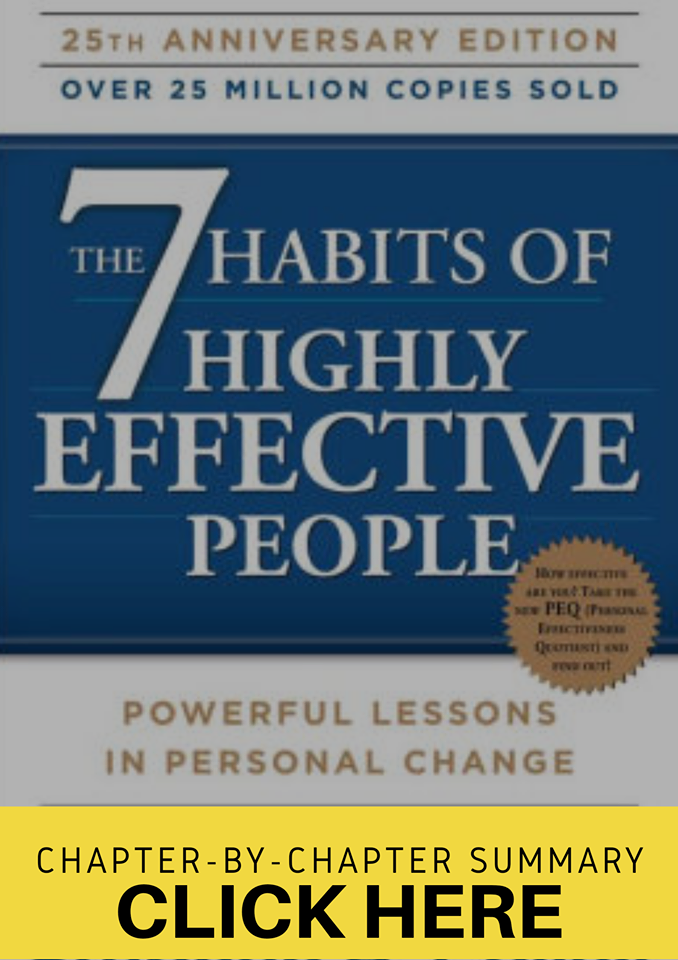 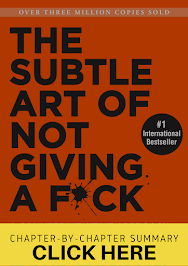 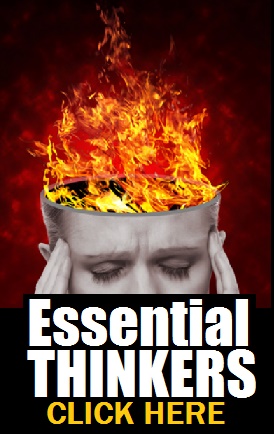 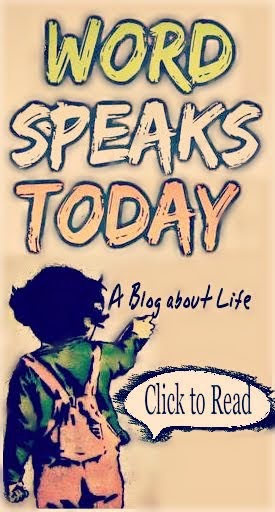